Chocolate Soldier's main troublemaker is Ellie Musgrave, a girl with a mission.  Maybe she doesn't know what that mission is exactly, but ridiculous things like details never got in her way.  She's 26, mopping up after a broken engagement, and recently found herself employed--back at her Alma Mater (aka "AM").  She thought she'd escaped AM and entered the real adult world when she graduated and got a cushy political appointee government job.  Silly girl.  Haven't you heard of elections?

So now Ellie's on a new mission.  Instead of trying to conquer the world, she's just trying to figure out what exactly God's doing in her life.  Especially since the lifetime meal plan she thought she'd purchased just rang up "VOID" when she tried getting a piece of that luscious strawberry cheesecake (aka, her ex-fiance, Patrick).  Suddenly, she's back at the salad bar, picking thru limp arugula, mushy tomatoes, smelly onions, some pretty wretched looking feta cheese.  She keeps eyeballing the dessert line hoping for a chance to sneak back over.  Why does she feel stuck?  What did she do wrong?

Enter Max Raines.  He was at AM while Ellie attended as a student--but he wasn't a student.  He was a lowly mailroom worker.  Definitely not on her radar.  In the three years since Ellie graduated, she's changed some.  So has Max.  He's even taken a little tour to Afghanistan.  What hasn't changed is Max's crush on Ellie.

Or his job in the mailroom.

When Ellie returns, Max is prepared.  He kidnaps the toy soldiers on her desk one day and holds them ransom for chocolate.  Little did he know where his little game would take them.

Can Ellie sit tight long enough for God to work His mysterious ways?  Will she discover that while she was drooling over the cheesecake, the dark chocolate ganache was what she really needed? 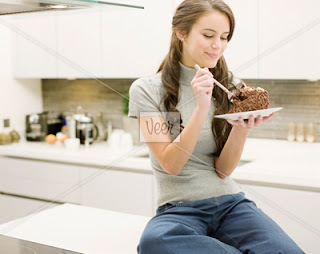